Worldwide environmental stewardship is a key element of how Chevron does business. It's part of The Chevron Way and it underpins all of our operations.

We also work closely with government, communities, regulators and other industry members to seek visible solutions that meet the highest standards of environmental stewardship. At every stage of every project, the safety of our people and protection of the environment remain our focus.

Did you know?
On Barrow Island there are almost 400 species of plants, 13 terrestrial native mammal species, more than 110 bird species, 44 terrestrial reptile species, almost 4,000 species of terrestrial invertebrates, and 59 species of subterranean fauna. Our environmental specialists work hard to ensure these species thrive alongside our operations.

Biodiversity refers to the variety of life on earth and includes ecosystems, species and genes, and the ecological processes that support them.

Globally, Chevron recognises the importance of biodiversity conservation and supports it through our values, performance, communication and engagement.

At Gorgon and Wheatstone we implement rigorous environmental impact assessment and management processes through both the Western Australian State Government and the Australian Federal Government.

On Barrow Island – a Class A Nature Reserve and home to the Gorgon Project - we are systematically implementing environmental performance standards to reduce emissions and discharges, manage waste and conserve natural resources.

Critical to our success has been workforce education and culture, rehabilitation and a rigorous quarantine management system to help prevent non-indigenous species reaching Barrow.

"The fact that a major oil field has operated so successfully on a major Class A Nature Reserve demonstrates that industry and the environment can coexist given proper management."

the year Barrow Island was designated a Class A Nature Reserve

Chevron won the Industry category of the 2015 Biosecurity Awards acknowledging our success on Barrow Island was due to our strong focus on biosecurity management, which has continually evolved since its implementation in the 1960s. We were also acknowledged for working in partnership with the Department of Agriculture and equipping more than 35,000 people around the world with quarantine training and awareness.

Part of Chevron’s commitment to protect Barrow Island’s unique environment includes a comprehensive quarantine regime which has been recognised locally and globally as “best practice”. Our key environmental objective is to protect the conservation values and maintain the biodiversity of Barrow Island and its surrounding waters.

Quarantine management seeks to prevent the introduction of non-indigenous animals and plants that could potentially establish on the island, predate native species or compete with them for food, water and shelter.

Together with the broader scientific community, specialist environmental consultants and relevant government regulatory agencies, we have progressively improved our strategy and built on our experience to develop a world-class quarantine management system.

Our quarantine program focuses on preventing the introduction of these species through pre-border screening of cargo and passengers prior to arrival on Barrow. This is complemented by on-island inspection and surveillance activities as well as a control and eradication capability.

Chevron shares the concerns of governments and the public about climate change risks and recognises that the use of fossil fuels to meet the world’s energy needs is a contributor to rising greenhouse gases (GHGs) in the earth’s atmosphere. We believe that taking prudent, practical and cost effective action to address climate change risks is the right thing to do. Mitigation of GHG emissions, adaptation to climate change and continuation of scientific and technological research should all be considered.

GHGs come from a variety of sources - power generation, transportation, agriculture, land use, manufacturing, and other activities. Fossil fuels - coal, oil and natural gas - release carbon dioxide during production and consumption. Fossil fuels are also the primary source of energy for the global economy and a contributor to a rising quality of life in many parts of the world. Based on current projections of population and economic growth, the world’s demand for energy will increase substantially over the next 25 years. The majority of that energy will be provided by fossil fuels, even as lower-carbon alternatives continue to emerge.

Reducing GHG emissions in the face of rising energy demand presents a formidable challenge to our global society. As we work to address climate change risks, we must create solutions that achieve environmental objectives without undermining growth of the global economy and our aspirations for a better quality of life for all. Globally, Chevron is committed to greenhouse gas management.

currently available natural gas technologies produce only 30 to 50 per cent of the emissions produced by current coal technologies in generating electricity. According to the Commonwealth Scientific and Industrial Research Organisation (CSIRO), current generation coal fired power stations produce between 0.8 and 1.2 tonnes of carbon dioxide equivalent greenhouse gas emissions (CO2-e) per megawatt hour (MWh) of generation while a combined cycle gas turbine power station produces only around 0.35 to 0.36 tonnes CO2-e/MWh.

Natural gas is the lowest-cost means to reduce greenhouse gas emissions in electrical power generation, both through increased use of existing gas fired power plants and a 'coal to gas shift' (ensuring new power stations are gas fired). Figure 2 shows the cost of reducing emissions in electrical power generation. Increased use of natural gas also offers other environmental benefits, such as: reduced particulates emissions; reduced emissions of sulphur dioxide (an important contributor to smog and acid rain); and significantly lower demand for water for power station cooling".

Chevron is working to increase the supply of natural gas into Australian and international energy markets to help realise the objective of low costs greenhouse gas emissions reduction.

reducing our emissions footprint in australia

Chevron is working to reduce greenhouse gas emissions from our Australian operations with a particular focus on identifying and implementing emissions reduction opportunities at the early design stages of our major capital projects. This includes the use of the latest technologies in subsea production, natural gas processing, waste heat recovery and the underground injection of reservoir carbon dioxide at our Gorgon Project. The Gorgon Carbon Dioxide Injection Project represents a significant investment with the objective of reducing the greenhouse gas emissions from the Gorgon Project by between 3.6 and 4.0 million tonnes per year.

protecting the ashburton river delta and its inhabitants 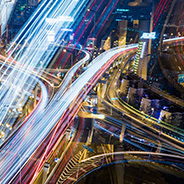