celebrating more than 35 years of domestic gas supply to W.A. and over 30 years of LNG exports to Japan

Chevron is an equal one-sixth foundation participant in the North West Shelf (NWS) Project – Australia’s first LNG project. The project has a track record as a safe, competitive and reliable supplier of domestic gas and liquefied natural gas (LNG) to Australian and Asian markets.

Located on the Burrup Peninsula near the Port of Dampier and the City of Karratha in Western Australia, the project is a major producer of LNG, natural gas, liquid petroleum gas (LPG), condensate and crude oil. Since 1989, it has delivered more than 5000 LNG cargoes. 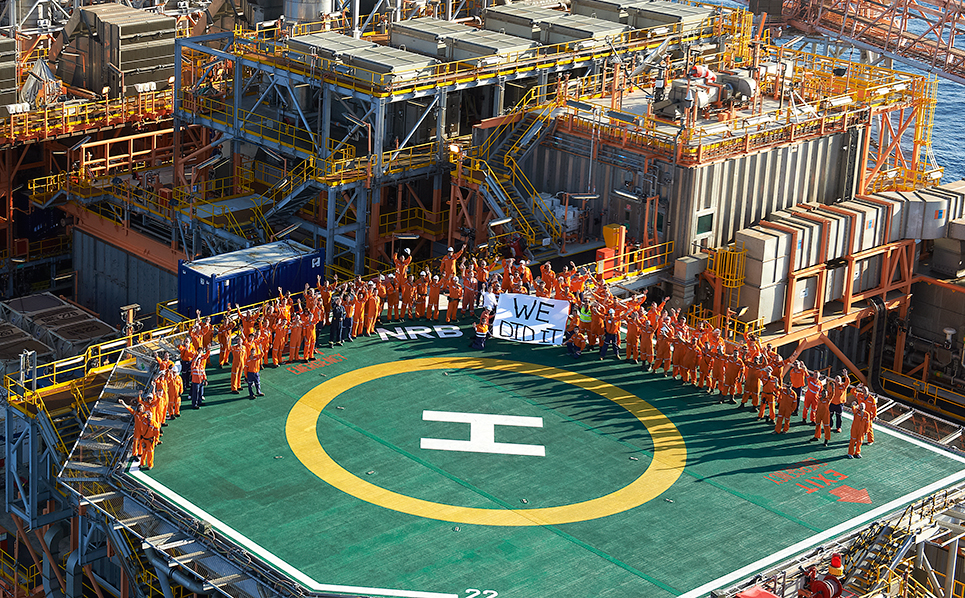 As a major employer in Western Australia, the project employs more than 1000 people at the Karratha Gas Plant onshore operations, offshore operations and in Perth.

The NWS operations consist of production from oil and gas fields located approximately 125 kilometres north-west of Karratha, Western Australia in water depths ranging between 80 and 131 metres. Venture offshore production facilities include the North Rankin Complex, Goodwyn A and Angel platforms and the Okha, a floating production, storage and off-take vessel.