Home to our Gorgon and WA Oil operations, Barrow Island remains one of our nation's finest Class A Nature Reserves. It proves that with the right management, industry and the environment can coexist.

Barrow Island is testament to our commitment to providing energy sources while respecting the environment. It is home to the world’s largest non-government quarantine management system which has been recognised locally and globally as “best practice”.

Strict quarantine measures implemented on the island since the 1960s have helped protect Barrow’s natural fauna and biodiversity from the introduction or proliferation of non-native species.

Although rated as one of the most important wildlife refuges in the world, Barrow Island’s ecology remains essentially intact. Today, the Island’s 235 square kilometres of sparsely vegetated and arid landscape is a secure habitat for a variety of plants and animals – many of them endangered or rare on the mainland.

This can be largely attributed to our environmental management of the Island, which has received state, national and international recognition. Today it remains an environmental showcase and world-class example of sustainable development – an environmental sanctuary that we can all be proud of.

Did you know?
On Barrow Island there are almost 400 species of plants, 13 terrestrial native mammal species, more than 110 bird species, 44 terrestrial reptile species, 1,261 species of terrestrial invertebrates, and 59 species of subterranean fauna. Our environmental specialists work hard to ensure these species thrive alongside our operations. 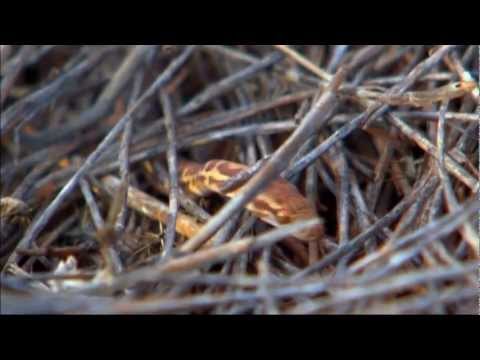 Renowned Australian environmentalist Dr. Harry Butler AO CBE (1930-2015) was a special consultant to Chevron in Australia for more than 50 years.