We are planning several offshore petroleum activities and wish to consult with people and organisations whose functions, interests or activities may be affected – learn more

Gorgon is one of the world's largest LNG projects and the largest single resource project in Australia's history.

Located on Barrow Island – a Class A Nature Reserve – Gorgon comprises a three-train, 15.6 million tonnes per annum LNG facility and a domestic gas plant with the capacity to supply 300 terajoules of gas per day to Western Australia.

The Gorgon Project will remain an important pillar of the Australian economy for decades to come as it continues to meet global demand for cleaner-burning fuel. 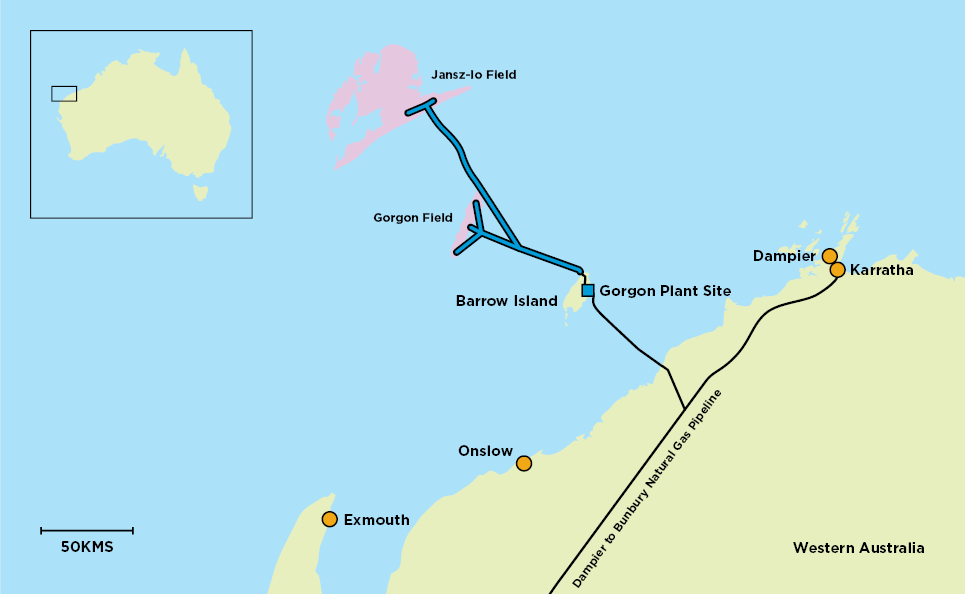 The Gorgon Project is located on Barrow Island, around 60 kilometres off the northwest coast of Western Australia.

With a predicted project lifespan of more than 40 years, the development of Gorgon is a legacy in reliable energy supply, environmental management, innovative technology and expertise.

Through the Gorgon Stage 2 and Jansz-Io Compression projects, additional wells and subsea infrastructure will be added to the Gorgon and Jansz-Io gas fields to maintain future gas supply to the three existing LNG trains and domestic gas plant. This was always envisaged as part of the original Gorgon development plans. Australian contractors and suppliers are encouraged to learn more about opportunities on Gorgon Stage 2 and Jansz-Io Compression (JIC) by visiting ICN Gateway.

The Gorgon Project is operated by Chevron Australia and is a joint venture of the Australian subsidiaries of Chevron (47.3 percent), ExxonMobil (25 percent), Shell (25 percent), Osaka Gas (1.25 percent), Tokyo Gas (1 percent) and JERA (0.417 percent).

Everything about Gorgon is massive. That includes its economic impact on the Australian economy.

At peak construction, the Gorgon Project directly employed more than 10,000 workers. Now in operations, our focus turns to the creation of highly skilled long-term jobs in LNG and domestic gas plant operations, maintenance and logistics support.

see more on our economic contribution to Australia >

see how the gorgon project contributed to the community in 2021 >

gorgon at a glance

The Gorgon Field was discovered in 1980 by West Australian Petroleum Pty Ltd, a joint venture of Ampol Petroleum and Caltex (owned by Texaco and Standard Oil of California, later to become Chevron). Further drilling and appraisal throughout the decade established the resource was world-class.

By the turn of the millennia, Chevron Australia had become the primary operator of oil and gas exploration and asset production on Barrow Island and after years of planning and engineering, the task of constructing the world's largest modular LNG plant began in 2009 when a final investment decision was made.

see a full list of project milestones for the gorgon project > 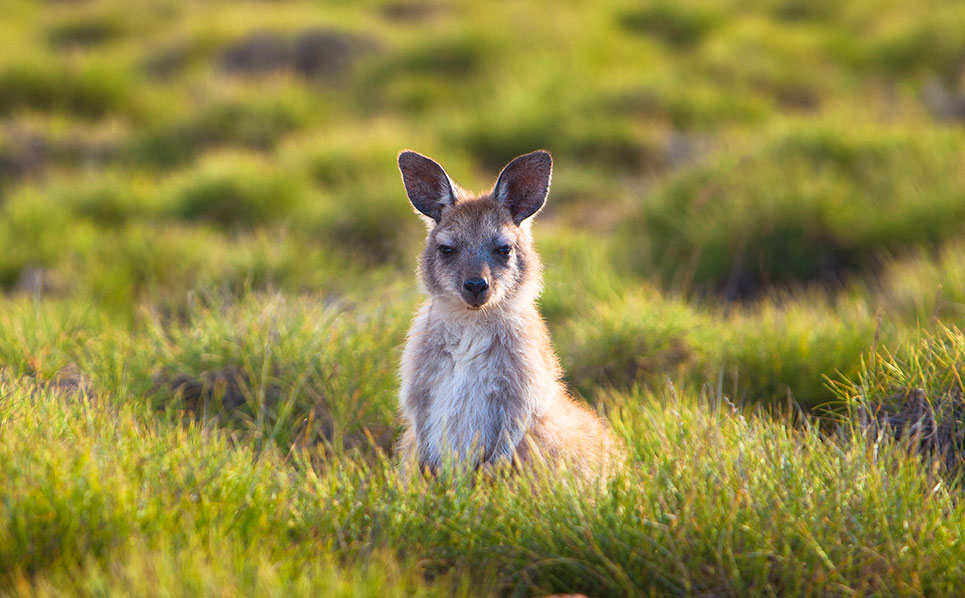 Barrow Island has been a Class A Nature Reserve since 1910 and is an internationally important conservation estate. It is also Australia's largest onshore operating oilfield.

We are proud of our environmental reputation and performance on Barrow Island.

Our Barrow Island Quarantine Management System, the world's largest non-government quarantine initiative, serves as a model for environmental stewardship as well as our management of oilfield operations on the island, which is widely recognised as an industry benchmark for the successful coexistence of petroleum development and biodiversity protection.