feature collaboration quay to one the esplanade

Chevron Australia is proud of our investment in Western Australia which continues with construction commencing on our future Perth headquarters.

Stakeholders from Brookfield Properties, Multiplex and Chevron joined Western Australian Premier Mark McGowan at Elizabeth Quay to mark progress on the project and commemorate the milestone with a turning of the sod ceremony yesterday.

“The new headquarters is a sign of Chevron’s commitment to WA and strengthens the state’s position as a global energy hub leader.”

Australian developer Multiplex predicts 98% of sub-contractor hires will be local Western Australian suppliers, with an estimated 1,200 jobs expected to be generated during construction of One The Esplanade.

Once complete, the 29-storey tower will create 57,000sqm of office and retail space and bring an estimated 3,000 workers to Elizabeth Quay every day.

Paying his respect to the land’s traditional owners, the Whadjuk Noongar people, Chevron Australia Managing Director Al Williams reflected on the site’s heritage as a meeting place of many Aboriginal nations.

“This was once a meeting place where Noongar people shared the stories and songs of Whadjuk country,” said Mr Williams.

“Today, we take another step toward realising a new meeting place which will soon be an iconic fixture of the city skyline and share the story of the people and prosperity of Perth.

"In preparing for construction of this world-class project, we celebrate the ingenuity of our colleagues at Brookfield, Multiplex, Chevron and the Metropolitan Redevelopment Authority, who together have worked tirelessly to arrive at today’s milestone."

Construction of One The Esplanade is expected to be completed by mid-2023. 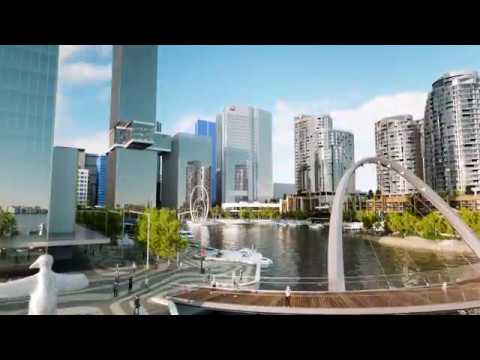 Green light for Elizabeth Quay headquarters. The design includes a two-level basement, a 29-level office building and an integrated three-level podium. Other facilities include a gym, childcare, food and beverage outlets, conference facilities and state of the art end of trip facilities.