Professor Eric May, Chevron Chair in Gas Process Engineering at the University of Western Australia (left), was presented with the 2021 Scientist of the Year award by Science Minister Roger Cook (right). Photo: Michael Bain, courtesy Department of Jobs, Tourism, Science and Innovation.

Chevron Australia has helped recognise Western Australia’s most brilliant minds with our sponsorship of the 2021 Premier’s Science Awards.

The awards are a keystone in the Western Australian government’s efforts to raise the profile of science, technology, engineering and mathematics (STEM) in WA.

Seven winners were announced at the awards ceremony sponsored by Chevron, held at the WA Museum Boola Bardip.

Science Minister Roger Cook presented Professor Eric May with the prestigious Scientist of the Year award.

Professor May, from UWA’s School of Engineering, Computing and Mathematics, is an internationally recognised leader in fluid science, thermodynamics, metrology and natural gas engineering. His understanding of the behaviour of gases and liquids, and the development and use of ground-breaking measurement technology have helped reduce the cost and environmental impact of liquefied natural gas production.

Professor May is also the Chevron Chair in Gas Process Engineering at the University of Western Australia. His research group works closely with industry, conducting projects in LNG production, flow assurance and fluid property prediction.

The winner of the Chevron Science Engagement Initiative of the Year was awarded to FIRST LEGO League WA.

The program has grown significantly over its seven years from a pilot for 56 students, and now culminates in six, day-long qualifying tournaments and one State finals competition involving 15,000 students, teachers, mentors and engaged community members.

"The Premier's Science Awards celebrate the exceptional contributions made by Western Australians to science and inspire the next generation of STEM researchers.”

"STEM skills solve real-world problems and help us to deliver solutions to our greatest challenges.” 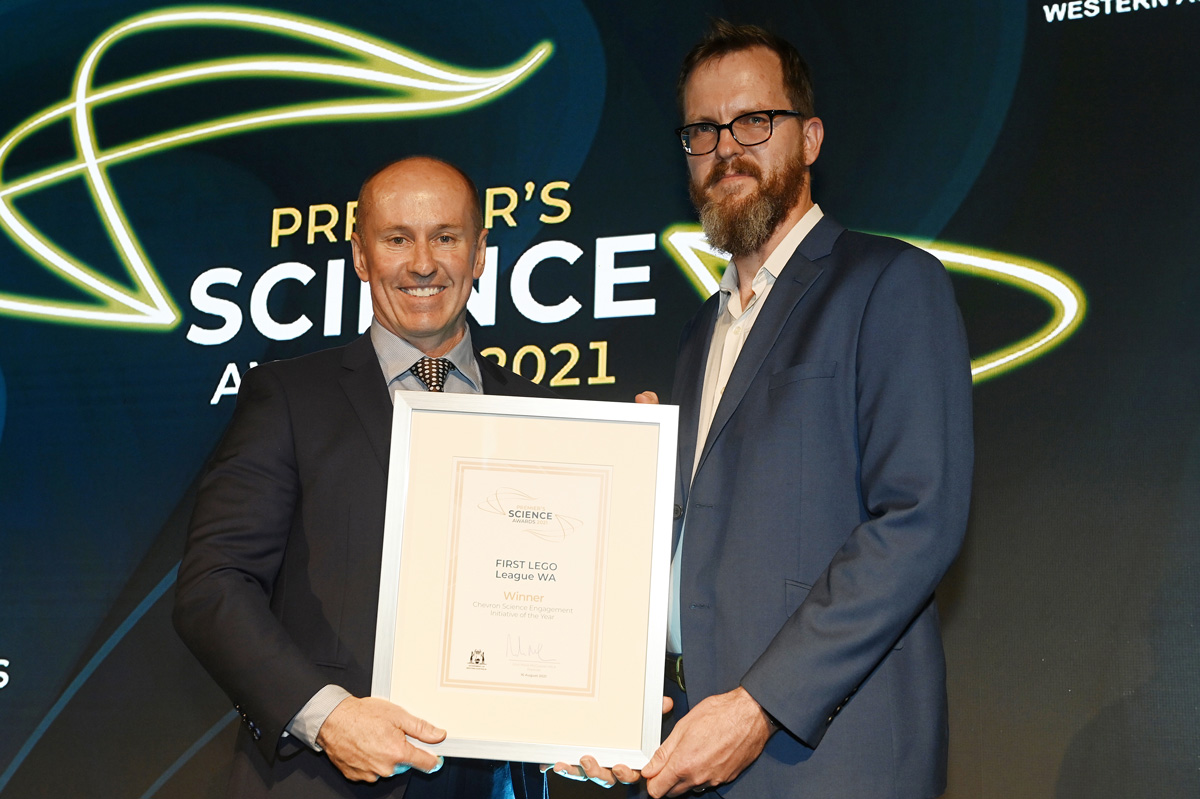 Find out more about the Premier’s Science Awards >